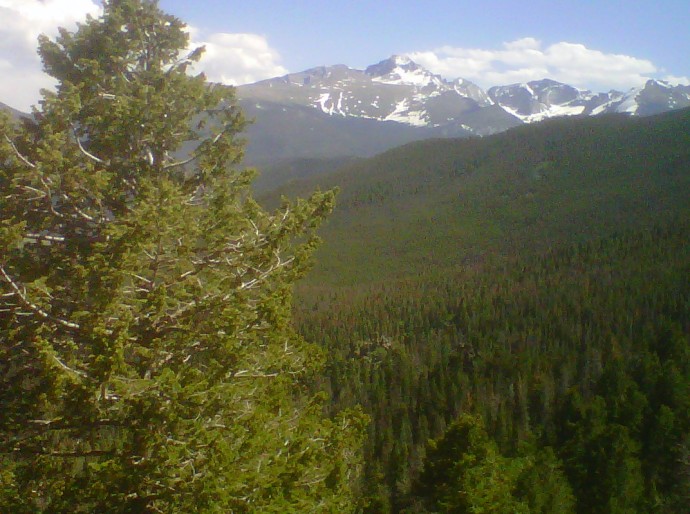 The sound of my neighbor’s new air conditioner annoyed me as I sat on my patio attempting to enjoy the Saturday afternoon breeze with a cold seltzer water and the company of my little dog, curled under my chair. Earlier this morning, about an hour after sunrise, I sat in that same chair and listened to the whinny of a horse not far away on the farmland at the edge of my subdivision. A lone cricket still chirped nearby, and birds sang in the morning chill as the overcast of gray clouds broke into streaks of blue, promising the heat that stirred my too-long grass this afternoon.

I knew when I bought this house that eventually the subdivision would fill in and the empty lots to the south and east of me would sprout new houses, people, and the end of the peace and quiet I’d previously enjoyed. I thought at the time that I’d never be here, six years later, grouchy because the drone of a machine disturbed my afternoon. It never occurred to me that I would still be in this house six years later, period.

I thought when I bought the house that I could deal with neighbors in too-close proximity, because after all, I had grown up and lived most of my life on the edge of New York City. I didn’t stop to think that something had happened to me in the time I left New York and moved to Colorado. I’ve turned into a country girl. Or at least as much of a country girl as is possible for someone who spent 40 years as a New Yorker.

I learned there are places on the planet where you can sit out on your deck on a nice summer night and look up at the Milky Way arcing across the sky. Where it’s dark enough so that you can be driving along a country road, headlights on, and still see the stars at all. On a summer night in my house in the country, windows open to let in the cool air after a long day of heat, I could hear the coyotes yip and howl as they prowled the open lands and farms nearby.

I could hear my daughter’s horses snort and stamp in the barn when the air was still. Except for the nights when the moon shone full and white in the sky, it was almost black out. I learned when the moon was full you could see well enough to walk outside and actually see details of everything under your feet. There was so much artificial light at night where I grew up, the moon didn’t have a chance to reveal that kind of detail.

I thought the Milky Way and moonlit detail were for places like Africa, where I was lucky enough to go the summer I turned 17. By the time I got to look up at the night sky in Australia a few years ago, in the Outback, it didn’t surprise me that despite the torchlight around our dinner tables and the huge bonfire roaring nearby we could see the stars the Aboriginal storyteller was talking about. I still look with fascination at the Bald Eagles when I see them gliding in circles across an azure blue sky, but only because it makes me marvel at the difference between an Eagle in the wild and the grim, sad, shadow of the Bald Eagles I could see in the Bronx Zoo.

I don’t think I’ll ever be someone who likes tiny town life when the town is far from anything I would consider civilization. The tiny town I live in now is a few minutes drive from bigger places. A half hour drive from even more interesting bigger towns. There’s always Denver, maybe an hour away. I just never realized that living out in the “country” as I did before I bought this house would ruin me so badly for patio-home style living.

Out in the country outside of town I lived where I could still see a neighbor or two, but I wasn’t on top of them. I could wake up at 3:00 a.m. and go sit outside with one of my dogs and the only thing I heard was a cow lowing somewhere, or maybe the screech of some animal meeting its Maker in the claws of an owl. On a lazy afternoon I could sometimes sit on my deck and watch the seemingly endless freight trains rumble by on the far away ridge. I thought moving to town would be a snap.

I get it now why my out-in-the-country neighbor, a nice man who was originally from West Virginia, announced one day to his wife that Colorado had become too crowded and they needed to move. He was retired, after all, and he could make choices about how many people he wanted around him. When he told me they were planning to move to Montana because Colorado had changed and grown more than he liked, I thought, “Man, you don’t know what crowded is…”

Lo and behold, look what’s happened to me. A few years after we moved to Colorado and my husband and I were in Denver to see a show, my husband greeted me as I crossed a major street with the light instead of sprinting across as he had, with “My goodness, what’s the matter with you? You cross the street like a hick.”